It’s every Facebook advertisers fear. You open up Business Manager and find that your ads have tanked.

That’s the exact scenario we faced with one of our new clients. And to make matters worse, it happened during the absolute most expensive time of year (December).

Below, we’ll outline the situation as well as what we did to fix things and create a record-breaking performance for the account.

Due to an agreement with another agency, the client couldn’t hand things over to us until December 3rd, which you may recall, was the day after Cyber Monday in 2019.

We practically begged them to let us take over the account sooner because we’d been watching the performance slide. That wasn’t able to happen and it was excruciating to watch missed opportunities occur on both Black Friday and Cyber Monday.

That brings us to our start date.

We fired up Business Manager and the ads (that had been trending down) had completely tanked. As in, the ROAS was .89 kind of tanked.

We’re familiar with taking over accounts that need some work, but this had reached hot mess territory.

Ads weren’t up to date, the pixel was having issues, the catalog hadn’t been updated in nearly two months. If you name it, the problem was pretty much slapping us in the face.

Our Path to Breaking Records

When I’ve been on the client-side of an agency relationship in the past, I’ve received much of the same lipservice that you probably heard as well.

One of my favorites is “It’s going to take us at least two months to really get a handle on things.” Then they proceed to not touch the account on a daily basis and are apparently sitting back waiting for some sort of miracle to happen.

Sure, it takes time to turn a hot mess into something great, but it doesn’t take months. In this instance with the client in question, it took us exactly three weeks.

Here’s a rough breakdown by week.

On day one we had a bit of a “what in the heck has gone so wrong” moment and had to step back and look at things starting from the ground up.

This is when we realized there was a pixel error and that the catalog had also not been updating correctly. The lack of updates impacted retargeting campaigns and cost the client a significant amount of revenue.

In addition to handling infrastructure items, we also started digging into the campaign and ad structures to try and limit losses for the client. This meant we were trying to climb a mountain during one of the busiest times of the year for Facebook advertising.

By the latter part of the week, things had stabilized a bit and we could then move to our next plan of attack.

At the beginning of week 2 we had a check-in call with the client. The ROAS was still looking pretty ugly, but we were direct and didn’t sugarcoat the data.

We did, as you’d imagine, make it clear about where things stood when we picked up the ball and what we’d done to stop the losses.

This call also allowed us to lay the path for the upcoming week. We knew that the ROAS wasn’t going to turn around overnight, so we spent the week testing the heck out of ads.

We tested everything from old and new creative to ad copy and just about anything in between.

Oh, and speaking of testing, I have to address another agency lie that gets told a lot.

“It’s going to take several weeks to test, if not a month, so we know the direction to take.”

During this second week we tested things and gut checked the results extremely quickly. We have extensive e-commerce experience and from the client-side, we know the right signals to look for in a test. We don’t just sit and let the wheels spin.

By the middle of the second week, we started seeing the ROAS come back to life a bit. During the most expensive time of year, we took the client from a .89 ROAS to just above 2.

While this was good news, we still didn’t have any breathing room.

By the beginning of week 3 we had the ROAS up to 2.75. At this point, we were still testing both the creative and audiences in an effort to find the revenue that we knew was there.

Our retargeting ads were back on track and picking up the slack, but the cold traffic ads were bogging down results. That is, until our constant testing paid off early in the week.

We blended some audience strategies and created a series of ads that had an extreme amount of social proof. This social proof, when combined with new audiences, started converting very well.

By the end of week three, thanks to some very successful retargeting ads and the new cold traffic ads, we’d taken the client from a .89 ROAS to 5.28. And no, that’s not a typo. And yes, that’s total account performance, not just one campaign.

We Aim to Win

Had we taken the approach of most agencies, our client would probably still be somewhere below a ROAS of 2 and getting extremely annoyed with us.

But that’s not how we roll.

We treat your money like it’s ours, and we go to the mat to try and find revenue. And finding revenue is flat out what it takes. You have to look at things sideways and use both your gut and data to figure out why something isn’t working or how to get it working even better.

Thankfully, after a few weeks of refusing to lose, our client is now having record-breaking performance on Facebook.

In addition, we’ve been helping them with email marketing, overall website strategy, promotion planning and a number of other things. Since starting with us, they’ve beaten their year over year revenue three months in a row. That’s something they’ve literally never had to happen.

That’s the Hey Frankie difference. We get it done. 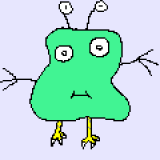